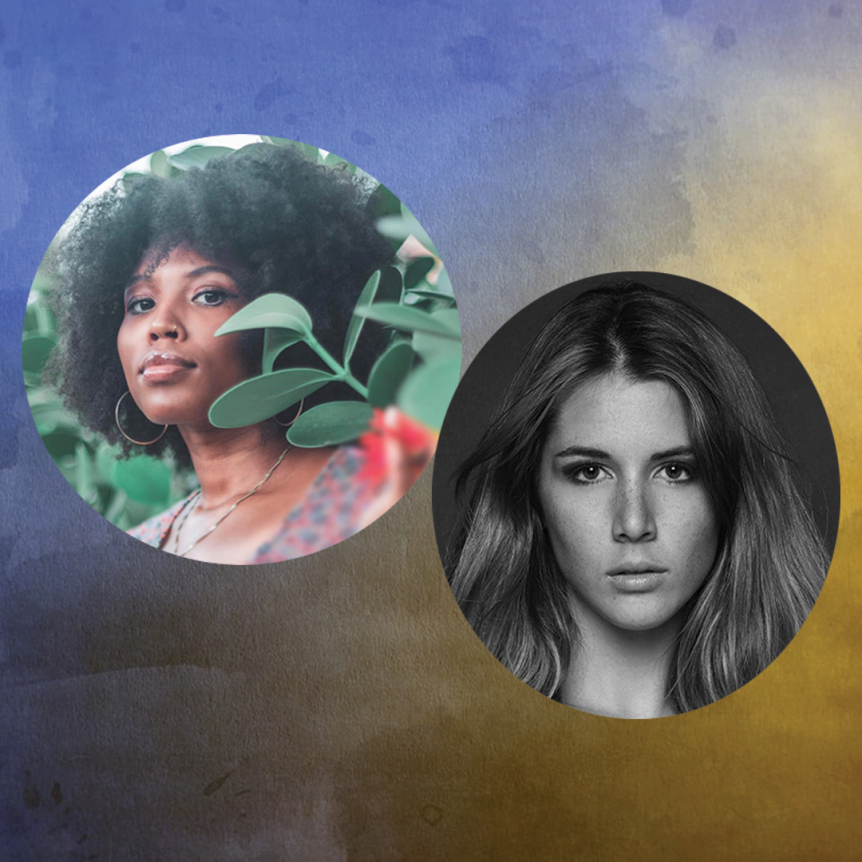 Professor Elizabeth Hanly is a writer who specializes in creative non-fiction. In fact, she teaches a course called Creative Non-Fiction at the FIU Honors College. According to the course description, the course, “asks students to dig into their own experience, letting the stories that only they know come to them, then finding the best ways to put them down on paper.” By doing that, some of her students have turned their assignments into something bigger.

In particular, two of her students, Shalenah Ivey and Martina Zerbo, entered their pieces from the class into the FIU non-fiction writing competition and subsequently earned  Shalenah 1st place and Martina runner-up.

Shalenah’s winning piece is called “La Vie en Rogue,” inspired by the famous song/phrase “La Vie en Rose.” According to her, It is, “a non-fiction prose and basically about a vivid realization that transformed into a very sacred reflection for me, which happened one afternoon when walking to my dorm last year, I saw a tiny, dead lizard on the sidewalk with blood around it. Before that, I had never thought about the fact or even knew that lizards have blood. While simple, this was rather powerful for me and I began to think about other memorable moments that blood appeared in my own life.” In the piece, the phrase “even the lizard has blood” is repeated at the end of each paragraph because, as Shalenah says, “it becomes more and more intense throughout the piece, maybe even like a prayer.”

Martina, on the other hand, had a very different piece for the competition even though both were inspired by real life events that occurred to them, which is the essence of Hanly’s course. Her piece is called, “How to Wave Goodbye” and she describes it as, “a creative nonfiction inspired by a true situation I encountered years ago about a woman with children and husband who was diagnosed with cancer. It was about her last few weeks before she died, preparing to say goodbye to her family and friends. It stood out to me because the woman knew that she was going to die and didn’t succumb to that. She prepared for it by having her bed in the middle of the living room of her house so she could enjoy the mundane things we take for granted, like her kids coming home from school and her husband cooking dinner.”

The biggest thing these two students have in common is that their pieces started out as mere assignments for Professor Hanly’s IDH 3034/ 305 class. Professor Hanly inspired both Martina and Shalenah to write pieces that impacted them enough to enter the FIU writing competition. “I really don’t think enough can be said about Professor Hanly, but I think I’d embarrass her if I wrote out all the compliments that are coming to me. I will say that Professor Hanly is an extremely special individual who in her non-fiction course, guides every student to their own voice in writing. She doesn’t push her students to sound like anyone but themselves and lets the process do what it needs. She honors each voice and style while also being able to challenge her students in improving upon what they already possess. Not only was Professor Hanly an integral part of my creative writing journey, but the people I shared the class with as well. Every week, after having been assigned simple topics, the class would meet, and we would read our writings. The most extraordinary work was done from one-word prompts or simple questions or anything that one just needed to release through writing. There was a real sense of soul in the class that allowed us to be vulnerable with one another (I think I was the first person in the class to cry). I think all of this combined helped me become more in tune with myself and my voice when writing, which helped to make La Vie en Rouge possible” says Shalenah. Similarly, Martina said of the class and of professor Hanly: “I found my passion for writing through this class. She [Professor Hanly] doesn’t give you a format that you must follow. She lets you be creative, and she guides you to be the best you can be. She supports individuality.”

Congratulations to both Shalenah and Martina on their wonderful accomplishments!