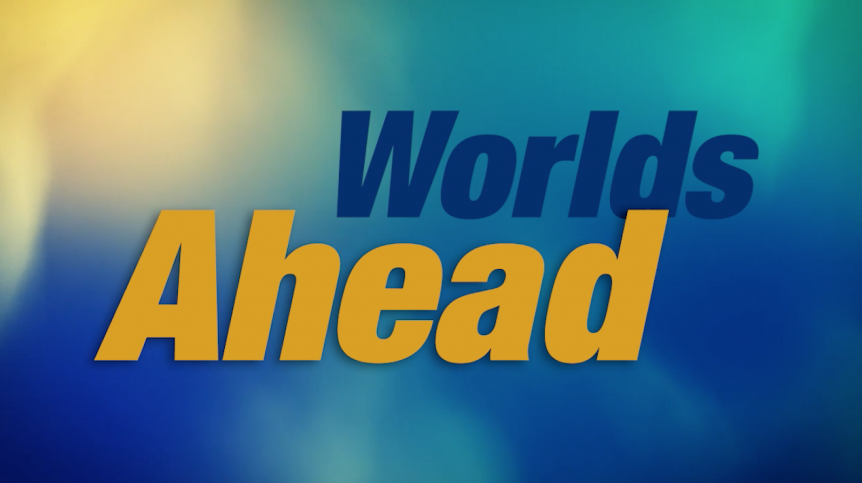 At FIU being named as a Worlds Ahead Graduate is the highest distinction and honor a student can receive. These graduates exhibit outstanding perseverance, intelligence and personal strength during their time at FIU.

Students are nominated by faculty members to be personally recognized and honored by President Rosenberg at their respective commencement ceremony. This semester, 4 Honors College students were selected as Worlds Ahead. College/School: College of Engineering & Computing and the Honors College

Cesar Villa-Garcia’s passion for technology started as a child when he’d play with computers to figure out how they work.

At age 10, he came to the U.S. from his native Peru, and taught himself how to code and design. By middle school, he was developing websites and creating computer graphics. After graduating from Miami Dade College, he took three years off to save money and help his family financially.

In 2014, he came to FIU to earn his bachelor’s degree in computer science on an FIU Presidential Scholarship.

Cesar established the FIU chapter of the technology organization Upsilon Pi Epsilon (UPE), serving as its president. He grew the organization from 25 active members to 500 in four years and established eight programs aimed at promoting technology.

Cesar has raised close to $150,000 in sponsorships for UPE in the past year with support from companies such as Google, Microsoft, Amazon, and Facebook. He received a Google grant to start UPE’s community outreach program in Miami-Dade County Public Schools. Fifty volunteers visit 15 schools weekly to inspire students to pursue computer science careers. UPE also organizes the ShellHacks hackathon, which this year attracted 700 students from around the world to learn about coding and build projects together. Under his leadership, FIU’s UPE was named “Outstanding Chapter” out of 300 chapters nationwide.

Cesar has interned with JPMorgan Chase in Chicago as a software engineer and is interviewing for various job opportunities. College/School: School of Environment, Arts and Society, College of Arts, Sciences & Education and the Honors College

Amro Al Ashi was in his second year of a six-year medical degree program when his family was forced to evacuate in Gaza, Palestine. It was the fifth and final time they would leave their home in the war-torn country.

Amro, his parents and three brothers boarded a bus bound for Jordan with only the possessions they could carry. They made their way to the United States in August of 2014, settling in South Florida where Amro’s father had once attended college.

Just happy to be alive, Amro stopped thinking about becoming a doctor. As a Muslim, he felt lost in a Muslim-minority country. But as the sounds of war became more distant, his ambition returned. Five months after arriving in the United States, Amro enrolled as a biology major at FIU, immersing himself in university life. He developed close bonds with his professors, and worked as a learning assistant and tutor. He participated in research programs including a 12-week fellowship at the University of Michigan. He flourished in the Honors College, where his academic success was closely aligned with community service, something that was not an education priority in Palestine. He volunteered with several medical programs and at Nicklaus Children’s Hospital in the Pediatric Cardiac Intensive Care Unit.

Each experience has guided Amro on a path to medical school which he will begin next year. He plans to specialize in pediatric cardiology and wants to join Doctors Without Borders someday, providing lifesaving humanitarian care in countries like his native Palestine.

By JoAnn Adkins
Director of Marketing and Communications
College of Arts, Sciences & Education

To learn more about Amro and his story, visit our Facebook page: Amro’s Story Degree: Bachelor of Science in Communications

College/School: College of Communication, Architecture + the Arts and the Honors College

A Miami native, Lianna Farnesi attended FIU on an athletic scholarship. As a member of FIU’s cross country and track programs, she juggled 6 a.m. practices, weight room sessions and an extensive racing schedule, along with working part-time, extracurricular activities, academic responsibilities and her aspiration to one day attend law school.

In her first Honors College course, the words of her professor Anthony Rionda had an impact: “Think big! You have to know what you want!”

Inspired, Lianna accepted her first internship with a Florida State senator. Since then, Lianna has worked numerous political campaigns and accepted internships at the local, state and federal levels.

Her freshman year, Lianna was selected as the team captain for cross country and has been honored for leading the team in both community service and academic progress. She was selected as student-athlete of the month twice by her professors and served as vice president of the Student-Athlete Leadership Council.

Lianna just completed an internship with FIU in D.C and conducted an advanced research project focused on the retainment and recruitment of women in Congress – while taking five classes and preparing for the LSAT.

Upon graduation, Lianna will head back to Washington to complete an internship with the Heritage Foundation, before entering law school. College/School: College of Business and the Honors College

Jaime Weiser was born blind. Officially diagnosed at age four, she endured three eye surgeries over four years, with constant drops, patches and treatments. By the age of eight, she could see, with the help of prescription lenses, but had no depth perception. As a student, she required double the time to complete assignments and has lived with the potential relapse of irreversible blindness.

Yet these obstacles never stopped Jaime. In fact, they inspired her. At FIU, she received a Presidential Scholarship and was admitted to the Honors College. She finished her coursework in less than four years with a 4.0 GPA. She held nearly a dozen positions, internships and honors while at FIU, including peer advisor, resident assistant, vice president of education for her sorority, ΑΟΠ, and president of the Order of Omega, an honor society that admits only the top 3 percent of Greek scholars.

In addition to her parents, Jaime always had a secret weapon in her corner—her grandfather, Alan Weiser, who served as her motivator, study partner and comforter. Trained as an engineer, he lost his hearing and studied to become a paralegal so he could fight for the rights of the disabled. He passed away in May 2018 but continues to inspire Jaime, who inherited his passions for education and service to the disabled. She plans to follow in his path as an educator and advocate, someday becoming a Dean of Students or Title IX Coordinator.

To learn more about Jaime’s story, check out our Facebook page where she tells her story: Jaime’s Story

The Honors College congratulates all of our graduates and wishes them luck as they venture out into the world and continue to succeed! Congratulations Class of 2018!