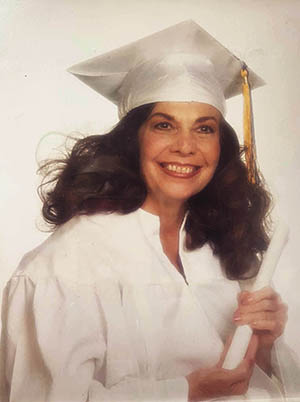 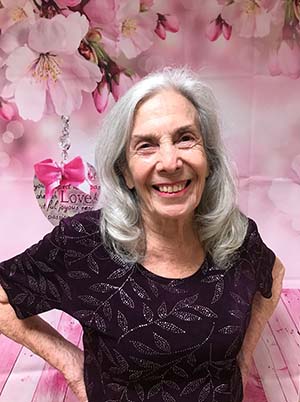 Having been a first-generation college student in Havana, Cuba, Elsa shared an experience many college students today face in undergraduate studies. However, in 1970, her future studies were put on hold as she migrated to the United States with her three children.

“El ‘No’ Ya Lo Tienes” (“You already have ‘no’ as an option if you don’t do anything”) is a phrase that Elsa relied on to pull her through the triumphs of life. She persevered through multiple jobs to support her children as they ventured through primary school and higher education. It’s that same motto that eventually led her back in the classroom at 70 years old.

After obtaining a business degree in Havana, she wanted to do it again as a U.S. citizen and in the country where she made huge strides for her and her family. Elsa later enrolled in Miami Dade Community College to pursue a degree in business. 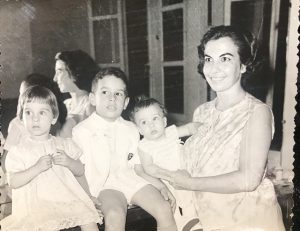 Elsa Rodriguez with her children.

“Mom was an avid learner and a first-generation college student who believed that an education and a strong work ethic are key to having a purposeful life,” Ileana said.

Ileana took this to heart. As Elsa’s daughter and one of the FIU Honors College Dean’s Advisory Board members, Ileana was instilled the importance of education and perseverance in her life.

Graduating from FIU with an MBA concentrating in Finance in 1993, Ileana spent most of her time in college juggling classes and a full-time job. What made it worthwhile, though, was the professors’ practical knowledge and FIU’s diverse student base, which enabled her to appreciate a wide range of perspectives.

Just as Elsa supported her children, Ileana is grateful to have the opportunity to pay it forward by supporting FIU students in honor of Elsa’s legacy.

Ileana understands and recognizes the difficulties of being a first-generation student and part of the Honors College. Students are held to standards and expectations that are not required of other university students. Along with the scholarship, Ileana’s three years on the Honors College Advisory Board has given her this viewpoint as she works to help students achieve their goals.

“With this position, my goal is to help the Honors College expose more students to various fields and industries and provide experiences that will allow them to evaluate a career in these fields,” Ileana said.

Ileana also works closely with the FIU ALPFA (Association of Latino Professionals for America) by participating in events and mentoring students. In addition, she has worked with colleagues at Morgan Stanley to launch the Morgan Stanley FIU Scholars program – an internship program that exposes students to wealth management with the goal of attracting and retaining diverse talent at Morgan Stanley.

The Musa family looks forward to seeing how this scholarship will benefit kids and their future prospects. They believe their mother’s narrative will motivate students to stay on track, achieve new heights and keep paying it forward.

“Supporting the best and the brightest in having greater access is a great way to keep her memory alive and to see how her legacy will continue to positively impact lives,” Ileana said.