The Pamela Silva Scholarship has been established in order to provide first-generation, low-income, Honors College business or journalism majors with the financial support they need to further their education.

Thank you for your support! Pamela Silva, a six-time Emmy award winning journalist is used to being in front of the camera, and her philanthropic efforts, primarily with children and college students, are sharing that limelight. Pamela has dedicated her life and career to speak for those that many times don’t have a voice and to open doors of opportunities for them.

Pamela graduated with honors from Florida International University (FIU) with a degree in Broadcast Journalism. In 2012, she received a Master’s Degree in Business Administration (MBA) from FIU. She remains closely tied to FIU with the establishment of the Pamela Silva Scholarship which benefits first-generation, low-income college students.

She has already awarded seven scholarships to FIU students. “Very often it’s that first generation student that breaks the cycle for their family and gets a degree,” said Silva, who was born in Peru and moved to Miami with her family when she was 10.

Pamela is co-anchor of Univision Network’s weekday news magazine “Primer Impact” (First Impact). Since joining the show in 2011, she has covered major national and international news stories, including the Boston Marathon terrorist attacks (live from Boston) and Pope Francis’ visits to the United States and Mexico. Prior to “Primer Impacto,” she was the national correspondent for Univision’s prime time news magazine, “Aqui y Ahora” (Here and Now). Silva also anchored the leading Spanish-language morning newscast for the local Univision affiliate in Miami. She has guest-hosted ABC’s “The View” and was recognized by “People en Español” as one of the 25 most powerful Hispanic women in 2013.

For additional information on Pamela Silva, please visit her website at http://pamelasilva.com 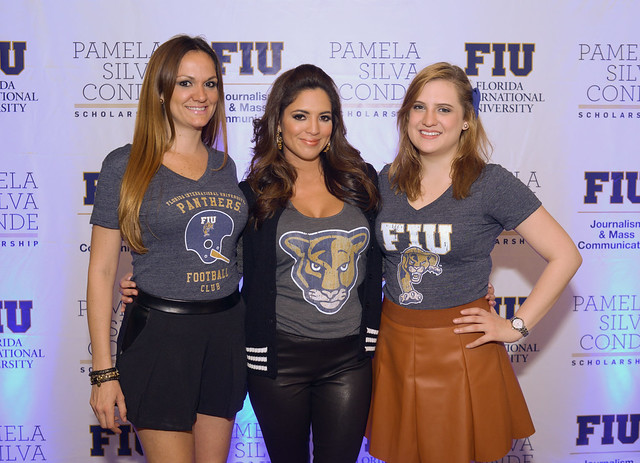 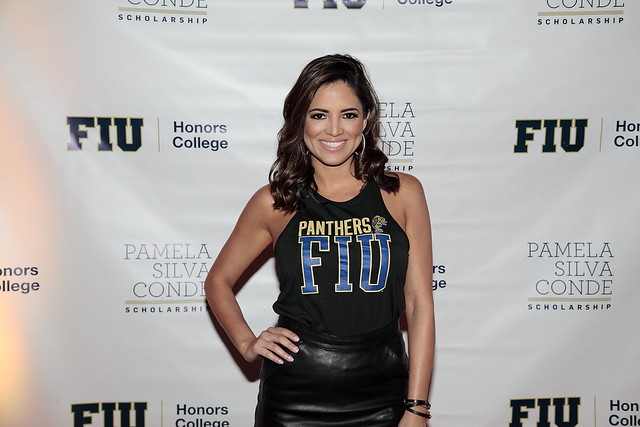 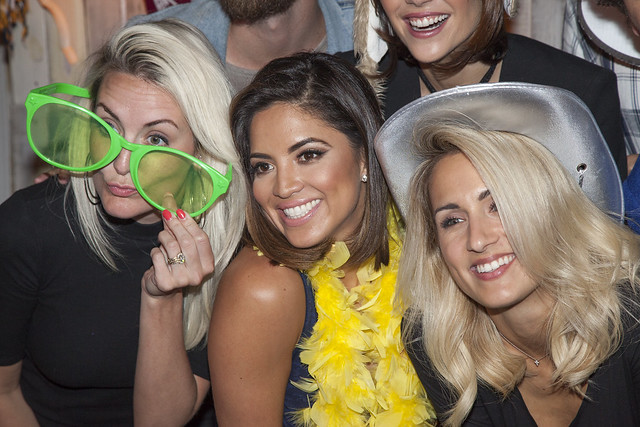 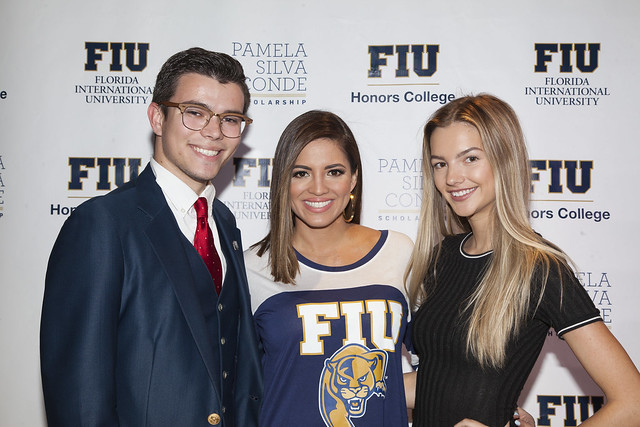