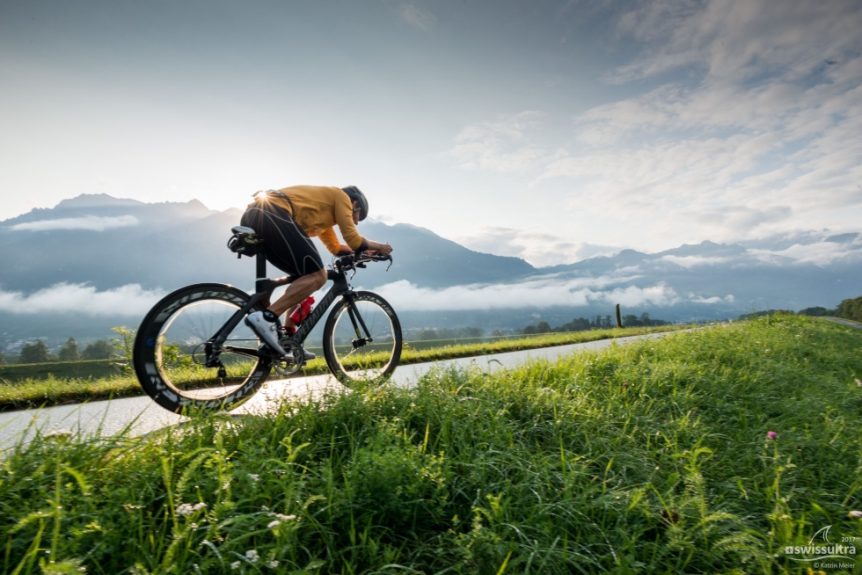 Honors College faculty fellow Joseph Lichter (pictured above) is one of only about 100 people to have ever completed a Deca Ironman—ten Ironman triathlons put together. In 2017 he swam 24 miles in a pool, biked 1,120 miles along the Rhine River and ran 262 miles without contact from the outside world. He thought of it as more than an athletic endeavor; he considered it a religious experience.

“It’s kind of like the indigenous tribes that go out in a tent, meditate and separate themselves from their everyday lives,” said Lichter, a chemistry professor in the College of Arts, Sciences & Education. “Then they reintegrate with society, bringing backwhat they learned during their ritual.”

What Lichter brought back from the race was an idea for a university course. The Tao of Sports covers the science behind athletics—the physics of baseball, the chemistry of muscle fatigue—as well as the social, political and even religious aspects of sport.Various disciplines converge through the lens of athletics to foster robust study and discussion.

As an industry, sports generate billions of dollars annually. They offer up collective events that communities and even whole countries—think Olympic Games—can tap as sources of pride. But can sports also divide? Is equality on the playing field a guarantee? At what cost do college and professional players pursue glory? These are some of the questions that the Tao of Sports seeks to answer.

“I used to enjoy sports, but I did it from my own perspective as a track athlete and a soccer player,”said Chelsi Billingsley, a sophomore international business and human resources management major who, along with about 30 others, enrolled in the inaugural offering of the two-semester course. “Later, I enjoyed watching sports, but I wondered, ‘Why do people get so into it? Why do people want to make a career out of it?’”

Competition is a key component of the course. In the fall, classmates were pitted against one other in a fantasy football league. It was an economics assignment: the students drafted their teams and monitored their players’ value throughout the season, using expert advice to determine whether to “buy,” “sell” or “hold” a player.

The most intense competition came in the spring, and it was a challenge that pitted each student against him- or herself. Individually they had to complete a 10K at a time and place of their own choosing.

“I’m definitely going to suffer,” said sophomore civil engineering major Andres Coromado ahead of the task, one that several students appeared to dread.

The undertaking brought into focus a number of Lichter’s lessons.

“Before the race, I was thinking about nutrition,” said biology major Ricardo Blanco, who tackled the assignment by running on campus along with two other students. “We went to El Palacio de los Jugos and we ate a lot of rice because we knew—other than the fact that I love that place—that we’d need a lot of energy.”

Information technology major Julian Sanchez slowed to a walk after the second mile, questioning “how some people do this for fun” and even experience a “runner’s high” in the process.

Biomedical engineering major Heriberto Nieves calculated biometrics during the run, just as professional athletes would do.

The students did not just study an athlete’s world—they entered it. Applying their newly won knowledge, they achieved a greater level of comprehension even as they huffed their way to the finish.♦